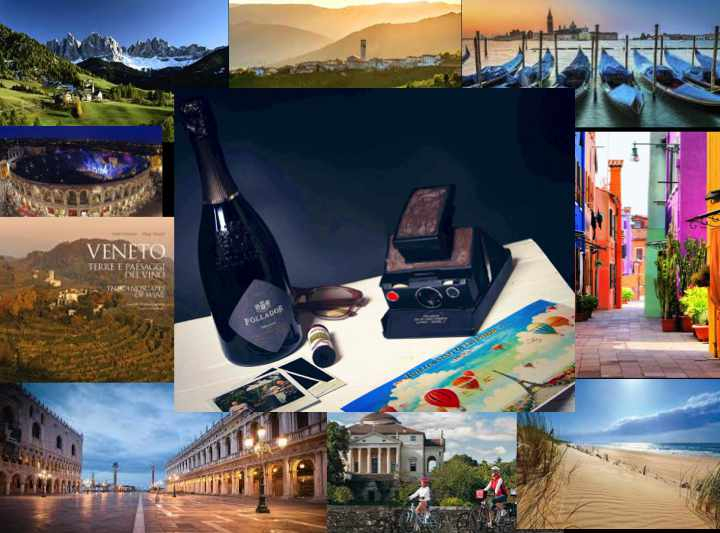 While there are numerous websites that deal with the promotion of tourism in the Veneto region, there is finally an official page dedicated to the Territory of Conegliano Valdobbiadene.

A new web site called “Veneto Secrets” is described as being dedicated to “experiential tourism” Within the fascinating region of the Veneto. Commentators, bloggers, and travelers comment on what they see and experience. They then rank their favorites in the areas of art, architecture, and local finds that are more exclusive or off the beaten path.

In Veneto there is an immense amount of treasure: cities rich in artistic heritage with the crowning jewel of Venice; wonderful landscapes dotted with picturesque villages and vineyards, from the plains to the inimitable landscapes of the Dolomite peaks. Tourism data confirms that Veneto is the region that welcomes the greatest number of tourists in Italy- and it is among the first in Europe.

The character of this territory has been forged thanks to the Serenissima, the era which saw the longest running Republic in history. Nobles invested the wealth they’d accumulated from trade with the East- which allowed the countryside on the mainland to thrive thanks to the important port city of Venice. This is how the Venetian villas originated and how that cultural world flourished: some of the most celebrated artists, writers and scholars found the Veneto to be the ideal environment in which to nurture their inspiration. Thus, they created immortal masterpieces.

We at the Follador Company are inextricably linked to this land, in particular to the soft hills of Conegliano Valdobbiadene where we are located and where our vineyards grow.