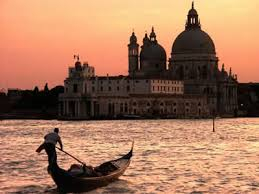 We often mention the Veneto Region in our blog articles and posts, but what exactly does this refer to?

Veneto is one of the most productive, developed and modern regions of Italy, with a great deal of its kudos deriving from the production of Prosecco and the Prosecco Conegliano- Valdobbiadene wine road. It covers a large area that stretches from Lake Garda in the west, Venice to the south, the Adriatic to the east and the alpine ski resort of Cortina d’Ampezzo in the north; and is home to the famous cities of Padua, Verona and Venice (the majority of inhabitants speak Venetian as well as Italian).

Veneto is one of the most superior wine-producing regions in Italy with high quality assurance and a population consisting of some of the most advanced and modernised wine growers in the world. There are over 20 DOC and DOCG zones in the Veneto Region, including Prosecco Treviso DOC,  with the majority of its wines enjoying international renown.

The history of the Veneto region can be traced back to the 1st millenium BC (and possibly before that), showing that the region has always had an important place in Italy. We at Follador Prosecco are proud to be part of that heritage, and who knows, maybe in the future the footnotes of history will also mention Follador Prosecco!