The Language of Prosecco 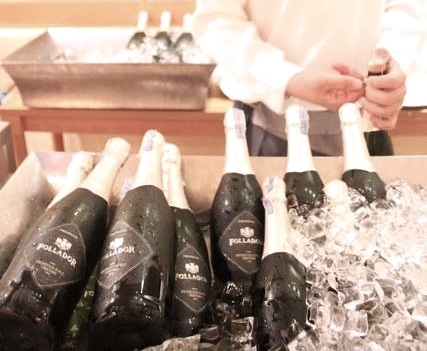 Along with sampling and tasting, Sparkling Prosecco has its own terminology and glossary, some of which applies to both wine and Prosecco, and parts which are unique to Prosecco!

The word ‘Prosecco’ itself is applied to this specific type of wine and the grape that it is produced from. The Prosecco grape is primarily grown in the Veneto Region, north of Venice, including the Valdobbiadene and Conegliano wine regions. Prosecco grapes are unique in that they ripen later than most other grapes. Prosecco is produced using the Charmat method, in which the secondary fermentation takes place in stainless steel tanks,making the wine less expensive to produce than Champagne.

Over the next few months we will introduce you to some of the more unusual and uncommon words that frequent the world of Sparkling Prosecco.

Aroma / Aromatic: Aroma is the smell of a wine. The term ‘aroma’ generally applies to younger wines, while bouquet is used for more aged wines. ‘Aromatic’ is a wine whose main aroma is of the vineyard from which it derives.

Brut Spumante: Used to describe a dry taste in Prosecco, resulting from a sugar content of less than 15 g/l

Bitter : An unpleasant perception of tannins within the wine of Prosecco

Charmat: This refers to a method of Prosecco production that uses a secondary fermentation in stainless steel tanks to produce the sparkling prosecco.

Erbaceo: This term refers to a wine with the unmistakeable aroma of cut grass.

Make sure you check in for our future articles on the language of Prosecco!