The BMW Golf Cup in Folgaria: a high altitude toast with Follador 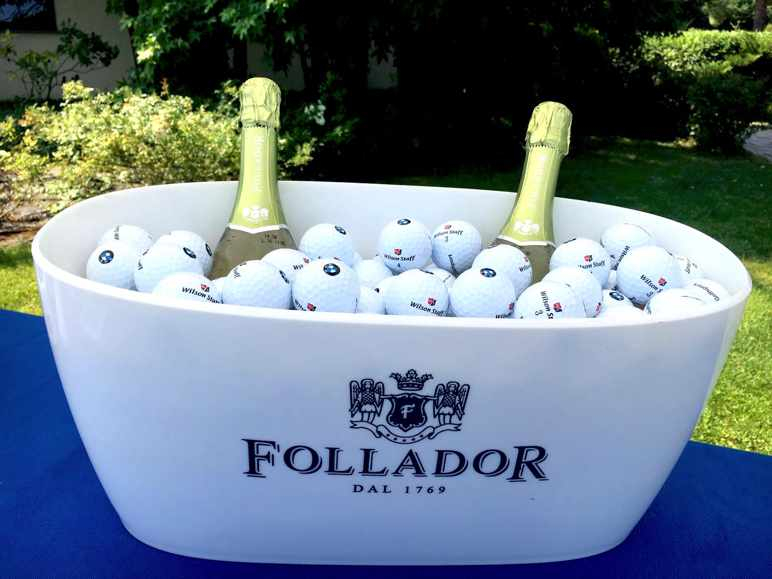 This Sunday, July 31, 2016 the BMW Golf Cup International will take place in an exceptional setting: the Plateau of Folgaria in the foothills Vicenza. Participants and spectators will raise a toast to the day of sport and friendship with a delicious Follador Prosecco, the official supplier of the event.

Located in a beautiful valley 1,200 meters above sea level, the Golf Club Folgaria has scenic pathways to its eighteen holes, winding through a fantastic mix of meadows and forested areas, ending near the famed habitat called Biotopo Echen which is a rare peat bog formed by glacial phenomenon. Its unique ecosystem is home to a number of plant and animal species.

Folgaria is a popular tourist destination with numerous relaxation and recreation options every season of the year: in winter there is skiing, snowboarding, Nordic skiing, and ice skating. In summer the weather and terrain are perfect for hiking, trekking, mountain biking or just walking with the family admiring magnificent panoramas.

Trentino-Alto Adige is an almost entirely mountainous region that favors the cultivation of very specific types of vine. Grape varieties teroldego and marzemino prevail in the province of Trento- marzemino was even mentioned in the libretto of Mozart’s Don Giovanni.

In the Sarca Valley, Vino Santo is made from the nosiola producing a lovely desert wine with notes of hazelnut (“Nosiol” in the local dialect). The Austro-Hungarian Empire, the tastes of the nobility and the higher social classes have also encouraged the spread of Bordeaux grape varieties such as merlot and cabernet throughout the ages. However Trentino is well known for a different non-native vine, chardonnay, which is used for the production of sparkling wines.

Following the the BMW Golf Cup is an excellent opportunity to discover the winemaking traditions of Italy’s numerous different regions. Many are excellent, like the terroir of Conegliano Valdobbiadene to which Follador proudly belongs.