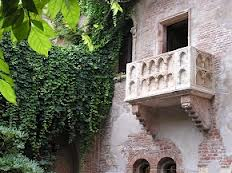 Did you know that there are some theorists who believe that Shakespeare was Italian in origin? It is thought that his name was Crollanza or Scrollalanza (“shake-speare”) and that he moved to London from Sicily.

Although we are unsure of the truth behind this rumour (the theory only emerged in the 20th Century) it is certainly true that Italy has a strong bond with Shakespeare and he is thoroughly embedded in our culture.

Shakespeare’s standing in Italy both mirrors and is a result of the strong relationship between Italy and England, and London in particular. High profile Italians moved in London’s high society circles during Shakespeare’s lifetime, and Shakespeare was fascinated both with Italy and Italian culture.

It is because of this that the Festival Shakespeariano (Shakespeare festival) is celebrated every year in Italy. The Teatro Romano in Verona is noted for its performances of the Bard’s work from June through to August

Come February there is also ‘Verona in Love’ – a five-day festival that usually occurs around Valentine’s Day. It is of course based around the story of those star crossed lovers, Romeo and Juliet and is host to concerts and exhibitions.
We wonder if Shakespeare ever was in Italy, did he sample some our famous Prosecco, or engage in conversation with a Follador ancestor? Who knows, some of his finest work could have been inspired by our families heritage!