Celebrating the first 50 years of the “Strada del Prosecco Superiore” 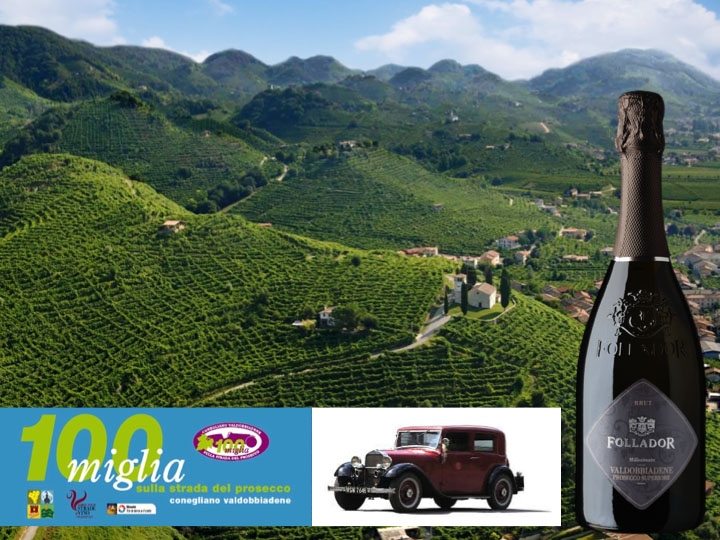 Back in 1966, the region Conegliano Valdobbiadene of decided to celebrate its great wine heritage with the designation of a route through the main local winemaking sites. The project was completed in 2003, and has taken the shape as we know it today. It’s been a half a century since this project started, and since then DOCG Prosecco has stepped up to lead Italian wine exports, and as a result has driven economic development and tourism not only along this “strada del Prosecco Superiore” but throughout the area.

To celebrate the 50th anniversary of the Road of Prosecco as well as the wines of the Colli Conegliano Valdobbiadene, a rich program of events will kick off during the second weekend of September. First will be the “Centomiglia on the Prosecco road” an event dedicated to historic cars, recalling the era of glamorous road trips. Sunday, September 11 will see the “Reenactment along the Strada del Prosecco”, with people in period costumes, flag wavers, horse-drawn carriages, open cellars and entertainment along the entire route. Festivities will close on Sunday, Nov. 13 – to coincide with the European Day dell’Enoturismo (wine tourism) – with an exciting “treasure hunt” that will attract many fans in search of elusive prizes, all in the name of fun, throught the picturesque hilly landscape.

Just this year, the Territory received recognition for its Rural Landscape history, and now aspires to be nominated as a Unesco World Heritage Site. The Follador Company, as an historically integral part of this area which is so rich in tradition and so active in promoting its heritage, hopes for the ultimate success of this autumn’s event. The doors of Follador are open to visitors along the route, awaiting all lovers of Prosecco in our elegant and cozy tasting room.